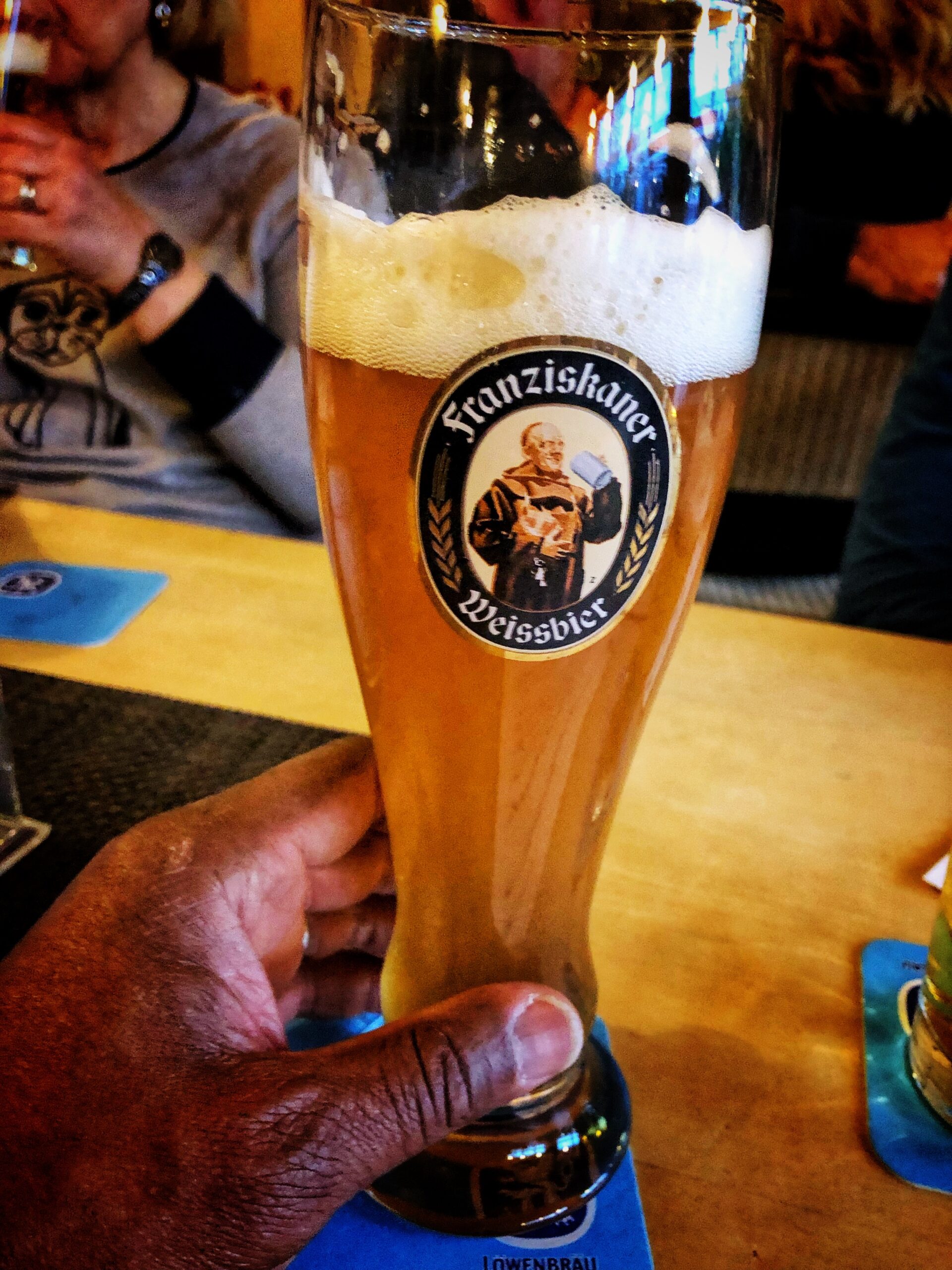 21:14hrs. Settling back into my workflow after a two day trip to Germany to deliver a customer centricity workshop. Actually, it was a follow-up day to some work I did with this team earlier in the year. We’re half-way through the program now. Next time I see the guys will be in Madrid in July.

It was nice to be back in Germany. I have many fond memories from my time living there back in 1993 – 1996. It was my first duty assignment. I did my platoon leader and XO time with the 3rd Battalion, 5th Cavalry Regiment, which was, at the time, a mechanized infantry battalion attached to the 1st Armor Division – Old Ironside. Good times!

Once on the ground, the first thing I needed to do was make my way to a German pub for schnitzel, pommes frites, and a Hefeweizen. Gotta love Germany, if only for that.

Let me back up a second. On my approach into Munich airport, I posted this:

Well 30 minutes later, I was being escorted to a German police station. Seems I had been a naughty boy…

I must say though, the Polizei were very polite. They kept me informed of what was going the whole time. Not once did I feel intimidated or threatened.

We had an early start on Tuesday to try to pack as much learning into the day as we could, especially as people were flying in from all over the place (China, USA, France, Germany, Spain, and the UK) to attend this one-day event. Everything ran to plan – mostly. There’ll always be some tweaking to do keep things running smoothly, if not exactly to plan.

I’m glad today was a non-client day. I needed to catch up on some reading and also record the next episode of the Havana Cafe Sessions podcast with Sarah. We’re talking Star Wars of all things, but not in a way you might think. Sneak peek: I explore freedom versus predetermination through the lens of Star Wars!

Well, tomorrow, I do have some client work, so I better jet and make sure I’m prepped for it. I’ll leave you with a photoset from the journey. Have a flick through: